Our dedicated crew works to ensure a great race day for riders and spectators alike. Their decades of experience in racing, event production, and community engagement are evident in the success of the Bucks County Classic. 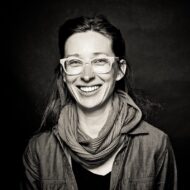 Laura's first foray into promoting cycling was when as a kid she set up a neighborhood bike drive through. After over a decade of organic farming and living in cycling centric places like Denmark, Colorado and Belgium she started working on the Reading120 and Thompson Bucks County Classic in 2016. She enjoys working to rally communities and encourage healthy active lifestyles in the process. Outside of cycling she likes growing things and teaching others to do so. 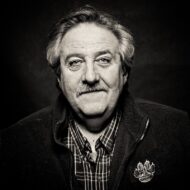 Raffaele came on board in 2012 but has been producing, providing equipment and offering logistics services for events for over 30 years. In addition to working on amateur and professional cycling events he also provides these services for other sporting and high profile events and has assisted with over 400 across the USA. When not working he enjoys fly fishing and fly tying and antique and classic automobiles. 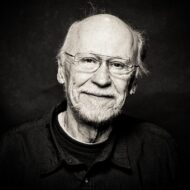 John has been with the race for so long he says it feels like forever. He raced his first race in 1952 and continued racing for many years. In 1982 he became the first USPRO Whip in Baltimore. He has been fulfilling that role ever since at many professional races, including the 1996 Olympics in Atlanta. When not making sure races run on time he can be found putting miles in on his bike. 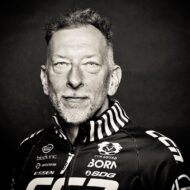 Allan just turned 60 and became involved with Hill Cycle Shop in his early 20’s which was a racing shop. He had a professional license for four years and then went on to work in various capacities with race promotion which was a creed of the club- that one would always continue to promote the sport of cycling. Decades of races later he is excited to be involved with the Bucks County Classic. In his spare time he contributes at a local frame building shop and is involved with the Philadelphia Bike Expo. He rides his bicycle everywhere and once pedaled across the United States and back with a passenger on a bicycle built for two covering 8,153 miles. 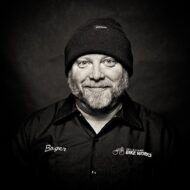 Brian is a longtime resident of Doylestown and a partner at Doylestown Bike Works, a local employee-owned independent bicycle retailer. He has been involved with the race for five years and loves that his involvement allows him to bring together his passion for competitive cycling and helping to organize family-friendly events in the community that promotes active healthy lifestyles. Outside of cycling, he is very passionate about working with at-risk youth in the community. Very few people know that he is completing his 28th year of service for the Bucks County Court of Common Pleas, working at the secure juvenile detention center. 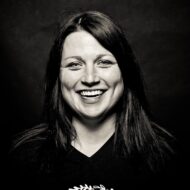 Jessica has served as our Volunteer Coordinator since 2017. She was born and raised in the Doylestown area and graduated from Central Buck East High School where she competed in volleyball. She became involved in the race through her friendship with the guys at Doylestown Bike Works and association with the Doylestown Bike Works p/b Fred Beans Cycling Team. Her goal every year is to make the race the safest possible for both the athletes, the spectators, and the folks making their way into the Discover Doylestown Arts Festival.